Pudge Fernandez has been performing Stand-up Comedy for over 15 years in some of the best known Comedy clubs all over NYC and across the country. The Pittsburgh Improv, The Dallas Improv , Carolines on Broadway, New York Comedy Club, Broadway Comedy Club, Greenwich Village Comedy Club, AND recently appeared on the Kill Tony Podcast episode #505. (it was Nutsss!!!)

Pudge is a proud born and raised native of Queens, NY.  He initially grew up in a broken home, but after his mother remarried and had two more children, Pudge was immediately upgraded to a dysfunctional family.

By the tender age of twenty, young Pudge found himself married with a child and serving as an Infantryman in the United States Army. Add a few more years, another child, lots of alcohol, child support, a few crazy girlfriends, and VOILA!!!   Pudge is a Comic. 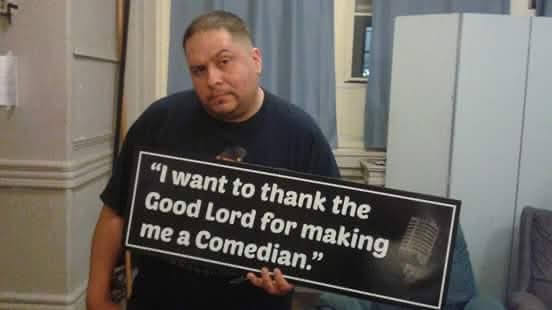